No News, no News.... for a long time. I am now working on a digital prototype in the rather unknown field of traffic control cameras. A certain RobotRecorder camera. Only two digital prototypes seem to exist. So this article will come soon....
I just updated the Logitech Fotoman entry in the digital camera section. Why? Because there are two versions of it!
Just over a year ago, we reported on the Pentax DM-1100. Now we have discovered the Pentax DM-2100 and it is a truly unique camera.

https://www.digitalkameramuseum.de/en/cameras/item/pentax-dm-2100
Unfortunately there is not much time these days to be fully commited to my website entries. Even though we have COVID-19 restricitions I am still fully occupied by other things. So I would like to point you towards our very own blog. Here I write about special topics or rarities, like the newly discovered SinarCam 50 Diamonds.
I've just looked through my archives and discovered so many rare stuff that I still have to plough through and, at some point, need to publish. Among all this stuff are very rare early solid state cameras by General Electric and Bell Labs, and also a still video prototype from Japan. There are pictures from early webcams by LG Electronics and Best Data and so much more. Unfortunately I completely lack time to work through it all but it won't be forgotten. Here's a little appetizer, a very rare and exclusive picture of the 1976 solid state camera by General Electric 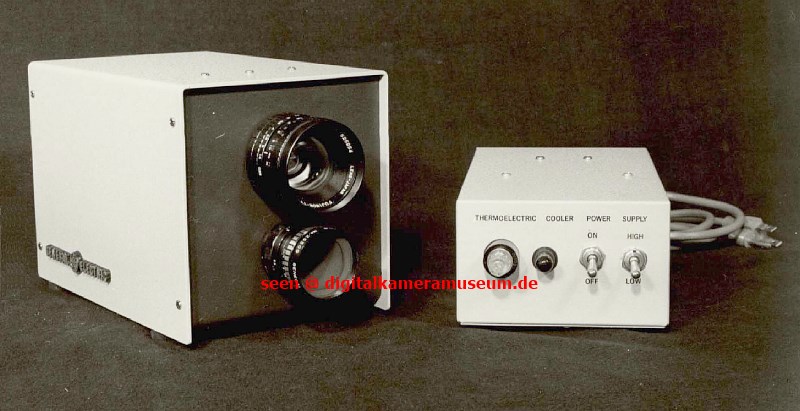