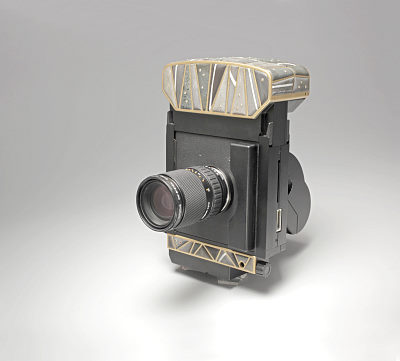 The Sinarcam 50 Diamonds
The Sinar Photography AG was founded in 1948 and is better known for their digital backs and digital cameras like the SinarCam. Because the late 1990's were very profitable years for the company, they decided to issue a very special limited edition SinarCam. Their bestselling model was the SinarCam 1 so it was only natural to turn this one into an anniversary model. Because the company is based in Switzerland they contacted a swiss jewellry designer by the name of Roland Uhl. His task was to turn a SinarCam into an (expensive) artwork. This he did. He took the SinarCam and started drawing. After some time the anniversary model was finished.
He used 50 diamonds for the camera (one for each company year) and embedded these in hand polished pebbles from the Rhine river, set in 18 carat gold. In addition there were three gems embedded, a red ruby, a green smaragd and a blue sapphire portraying the three basic colors RGB. This beauty was limited to exactly five copies only. Instead of a serial number there was a gold plate with the five model name initials (S, I, N, A, R) to identify them. The camera was fully functional and could be used as a stand-alone camera or as an integrated studio camera. 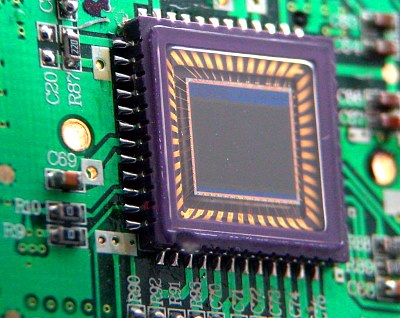 The regular camera, the one working with a film roll or film disk (Kodak Disc) was (and still is) a pure analogue device. Even the cameras, in which microprocessors and CPUs were implemented, were purely analogue (Canon AE-1). The first over the counter still video cameras appeared in the mid-1980s. The film roll was replaced by an image sensor. In other words, it was no longer the film but the image sensor (CCD, MOS) that was exposed. The storage medium used herein was the video floppy disk, invented by Sony, a small two-inch plastic disc with a magnetic data carrier. Now here's the fun part: until the appearance of the first consumer digital cameras (1990-1994), the world only referred to still video or filmless cameras (or solid state cameras) Nobody, really nobody, referred to these cameras as digital cameras at that time. These early models were all niche products and were offered on Internet sales portals and in magazines as computer accessories.
1995 saw the advent of the first real digital camera boom, triggered by the Casio QV-10. Digital cameras became affordable to (almost) everyone and the digital Mavica from Sony even became the first mass market digicam (market share over 40%!). From this point on, the first mix-ups appeared and the early still video cameras were wrongly called digital cameras. Some peoples opinion was (and still is today) that an image sensor is synonymous with "digital". This stems from ignorance about how an image sensor works. There are no digital components in a still video camera. From image composition to storage on the magnetic data carrier, the processes are purely analog (electrical). One could fill thousands of websites with this information and correct hundreds of Wikipedia entries, people will continue to misinterpret still video cameras as digital cameras in the future.
The main feature of a digital camera is the analog-to-digital converter (A/D converter). This converts the analog, electrical image sensor signals into digital data. These usually end up in a buffer memory and are then chased through the image processor and permanently stored as digital images in the internal or external memory (except for some old or cheap devices where the internal memory is emptied when the power supply is interrupted). A still video camera also lacks the analog-to-digital converter and the image processor. The scene is captured by the sensor, stored in the internal buffer and then stored either as an analog signal on a video floppy disk or on another external medium (video tape, etc.). With some still video cameras, the camera could be connected to a PC or MAC with a so-called built-in frame grabber or video digitizer card. This device captured and digitized the analog image and stored it as an digital image. 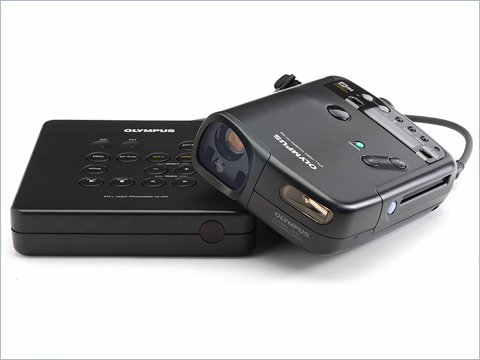 Collecting filmless cameras - A brief guide
Where to start?
First of all, you should limit the collection period. Otherwise things could quickly get out of hand and the number of cameras could grow exponentially. Almost all collectors I know have agreed on the period before the year 2000. From 1986 to 1999, so to speak. For several reasons. On the one hand, because from the year 2000 on the market was literally flooded with cheap chinese cams, cameras became cheaper and more affordable and the number of newly marketed cameras rose rapidly. Second, after the year 2000, a kind of "design adjustment" appeared, a universal design change if you will. The cameras increasingly began to adopt identical, compact designs. The variety of designs and the sometimes "space art" designs increasingly disappeared in order to bring the digital camera into the form in which it now exists, they are almost all identical looking, almost all made of metal, extremely compact and slim. Thirdly, because from the year 2000 on the 3 megapixel limit was (b)reached and from then on the megapixel wars began. It was just a matter of increasing the resolution as quickly as possible and adding more and more features. The camera should fit in your pocket if possible and have a high resolution, the various storage options have been brought to a standard, the SD card. Bulky or unusual looking devices were out. Most of the technological milestones had been reached by the year 2000 and after that cameras were only improved or enhanced (of course there are exceptions!).
The number of cameras can also be limited with the Y2K limit. An estimated 550 different models and designs were marketed before the turn of the millennium. Manageable but impossible to own them all. That's the challenge. The hunt for the rare pieces to complete the collection. Some models may only be available by swapping, others only at horrific prices (e.g. Kodak DCS 100 and Nikon QV-1000C). But the search for a simple, inexpensive compact camera can also be very rewarding and successful, e.g. Aga ePhoto CL30 clik or the Kodak DC215 metallic camera series.
Before you even start to make your first purchase, you should find out more about the many models on the Internet. In the end, some pieces were never marketed or only appeared as prototypes. Chasing those would be downright futile. A good clue is a picture search on the Internet, if you only find promotional or marketing photos, you can perfectly assume that these models were not available on the market, thus focusing on the search for them would be a total waste of time (e.g. the Obsidian IC100 , this camera was indeed marketed, but it has completely disappeared over the years). Unfortunately, there are very few websites that deal comprehensively (and above all correctly) with this topic. So read and form your own opinion and everyone should decide for themselves which source they should believe.