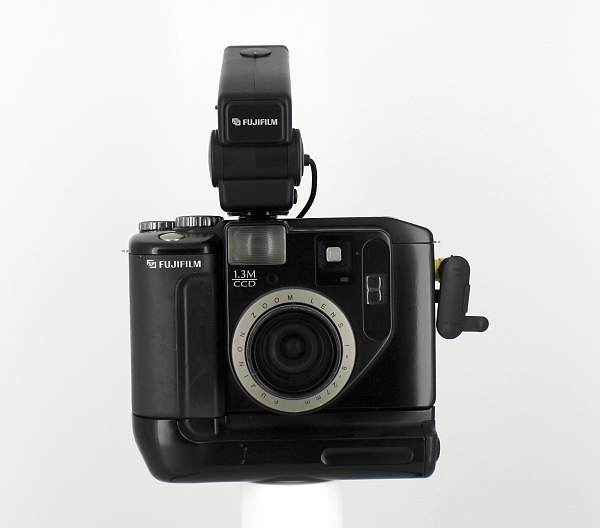 The Fujix DS-330 was announced on 1998-06-17 as the successor of the DS-300. Fuji improved the operability and mobility by adding an external LCD viewfinder (LV-D3), a quick-select function to adapt to the scene and the possibility to add an numeric keypad to the camera but this item was never marketed.

As the first digital camera of it's class it allowed full manual shooting which meant that all settings could be manually adjusted. Image processing was enhanced by using a new algorithm. The camera body was produced using Thixomolding method (Thixotropic over molding) which resulted in a high purity magnesium alloy body. I wish they would have been equally professional about the rubber handgrip because it tends to become sticky over the decades. With the newly developed Extension Unit EU-D3A it was possible to shoot up to 12 frames per second. As I've said elsewhere a Extension Unit EU-D3T (template synthesis type) was also available but I don't know what that means plus I have never seen one of those.

The then new LV-D3 LCD viewfinder could be used with virtually any camera that had a video output. While the DS-330 can be found every now and then, the LV-D3 has become an extremely rare item.