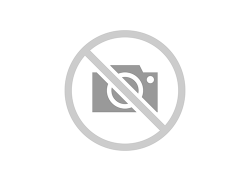 In February of 1998, Polaroid announced that they were developing a digital camera based on Intel's 971 PC Camera Kit and was to be marketed at the end of 1998. The camera should use all of Intel's digital camera kit except for the optics and the software which would be Polaroid's contribution.

The plan was to offer an affordable digital camera that was both easy to operate and connect to a PC. The Polaroid camera was to be assembled by a third party on contract and should seamlessly follow in the footsteps of the award winning PDC-2000 and PDC-3000 models.

Somehow at some point the entire project was canned and Polaroid relied on OEM suppliers to license them cheap digital cameras. Since then Polaroid has never been able to make a footprint in the digital camera market again.