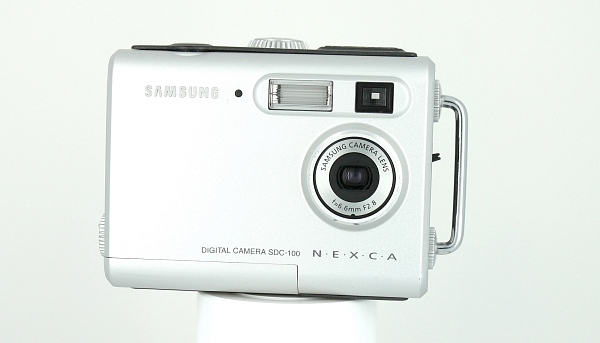 The Samsung SDC-100 was first shown in a brochure at the IFA '99 in Germany. This was the second digital camera of Samsung's upcoming N•E•X•C•A series. NEXCA stood for Next Generation Digital Camera. This digital camera certainly remains a mystery as there is virtually no information anywhere on the internet. It was sold most likely not in the US or Japan. I've read about the SDC-100 in Portugal, Poland and Korea. The camera had a built-in flash, several quality recording modes and a handle bar attached to it's side! The camera was made entirely of metal. A macro mode as close as 5cm, continuous shooting mode and a serial interface.