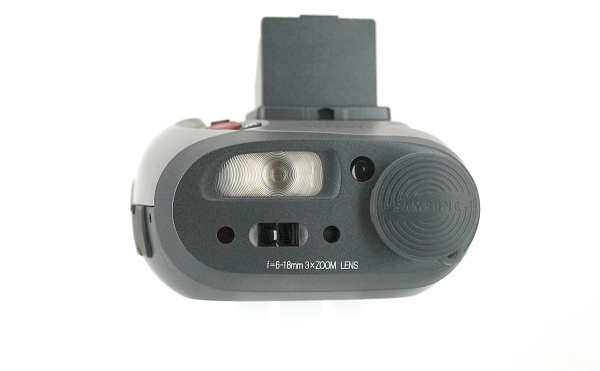 The camera was announced and demonstrated at the Photokina 1996 as a prototype. A market-ready version was presented at the PMA '97 in New Orleans. Samsung's first digital camera. It resembled the Apple QuickTake 100 but was a bit bulkier. It featured a three-to-one zoom and a built-in flash. It also had an LCD viewfinder that could be titled a bit. Another interesting feature was the continuous mode for rapid shooting bursts of 4 frames every 1.5 seconds.