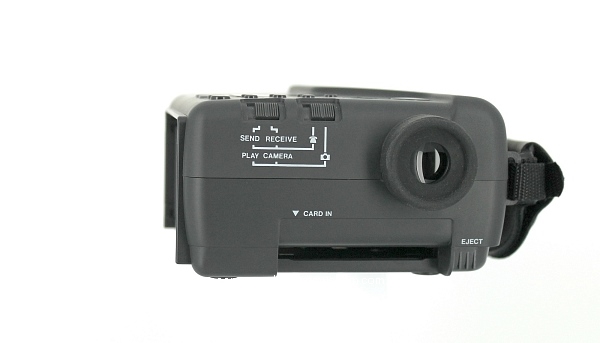 As mentioned elsewhere on this site, Olympus used it's computer media label Deltis to market some business digital cameras. The VC-1100 II here is the same camera as the VC-1100 except with a lower price tag and faster image transmission capabilities.

The camera featured an LCD electronic viewfinder instead of a large LCD screen. Built-in flash and zoom lens. It used PCMCIA cards Type I to store images as J6I files. Conversion to BMP and TIFF was also possible. Transmission of a 64KB file took 5 minutes which was a rather poor result.