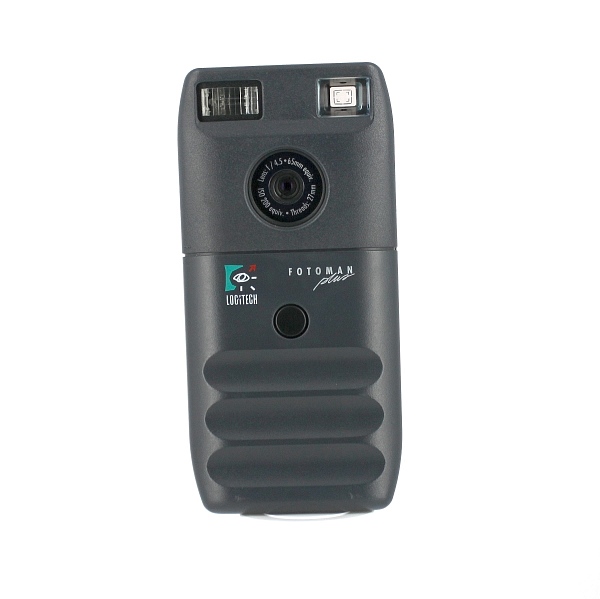 The follow-up to the legendary Logitech Fotoman (FM-1). Simply called Fotoman Plus (FM-2). The body color changed from white to black but it still had a monochrome sensor and took images in grayscale. The differences compared to it's predecessor were longer battery life, higher resolution, 65mm lens instead of 55mm, faster download transfer (under 15 seconds) and JPEG support. The Fotoman Plus is an OEM Dycam Model 3 by the way. Contrary to popular belief, the Fotoman Plus was not a color digital camera. For Fotoman FM-1 users there were software and hardware upgrades available.