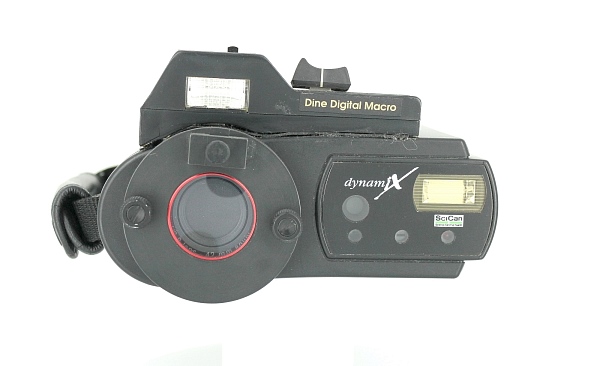 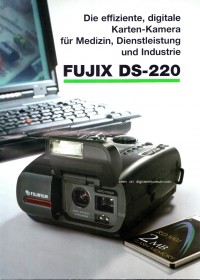 SciCan Corporation, a company founded in 1991, has pioneered cosmetic imaging technology in Dentistry since 1996. They re-vamped a Kodak DC40 and turned it into the DynamiX digital macro camera, the first digital camera for dentistry. It was delivered complete with a set of special lenses, manual and software. The entire package was called ImageFX. The camera was prefocused by selecting an appropriate lens for it. It was a point and shoot camera that could take macro images as close as 2 inches. The adjustment knob on top would fine tune the brightness of the flash. You could therefore make the flashlight darker or brighter according to what you were shooting.

They weren't the only ones keen enough to transport the digital camera into the dentistry business. Kaidan also offered a close-up lens set with ring flash attached that would fit the DC40. The so-called Kodak DC40 dental package was marketed in 1996. Also the DynamiX digital camera featured here might have been sold as the Dine Digital Macro Camera by Lester A. Dine Inc.

Contrary to what other websites state, this Dynamix digital macro camera was indeed the first one especially designed for dentistry. The so often mentioned Fujix DS-220 dental kit has nothing to do with this. Why? Because Fujix marketed the DS-220 with it's special macro kit as a universal digital camera for multiple appliances like medical, industry and automotive. Not especially for dentistry. It is though often confused with a dentistry set because people have a tendency not to read and verify information before posting it. I have included a picture of a rare 1995 german brochure that clearly states this.