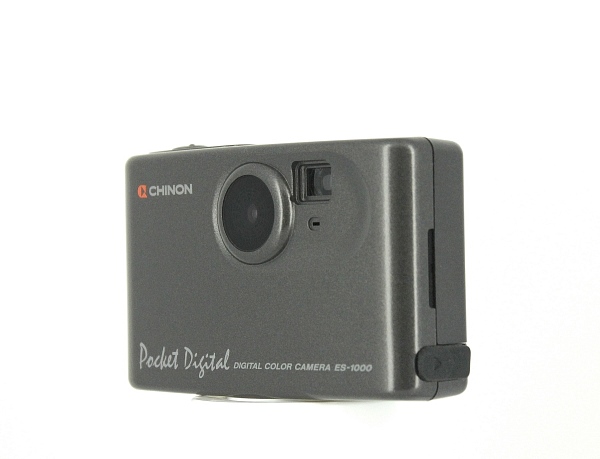 The Chinon ES-1000 was announced 1996-06-05. As you can read elsewhere on this website, Chinon built this camera for Kodak and Kodak later acquired Chinon. Chinon marketed this camera in Japan and Kodak in the rest of the world. At the time the camera was marketed it was one of the smallest cameras available. It was also one of the simplest point-and-shoot cameras. No display, no external memory slot, only three buttons and some status LED's. The camera could be operated with one photo battery and would turn off after 90 seconds of inactivity to save battery power.

For both cameras different optional accessoires were available. Kodak offered a now sought-after external flash unit and Chinon offered an external PC card drive so images could be copied from the camera to a PC card for permanent storage. Production estimates were 5,000 units per month. At the time the camera was introduced to the market, an 8MB PC card was more expensive than the camera itself. Apparently Kodak also marketed such an external PCMCIA card drive.