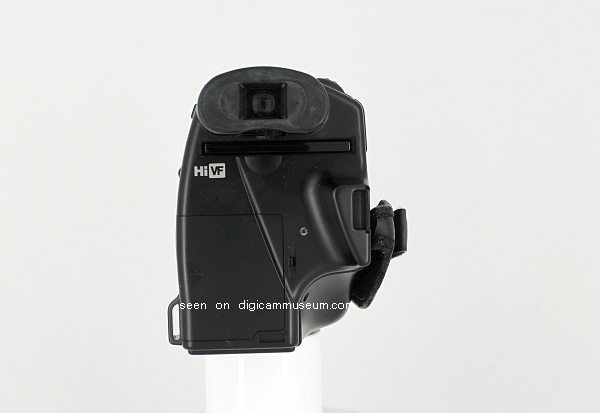 The Kyocera (Yashica) Samurai Floppy V-70 still video camera resembled the analogue Samurai 35mm cameras and therefore won a Good Design Award in 1990. The main sensor provided autoexposure, contrast-detect autofocus and TTL flash auto-exposure as well as 3x zoom. The camera could record bursts up to 10 frames per second. A macro setting allowed close-ups. It had a built-in flash and was powered up by 3 CR123 batteries. A CR2032 button cell was placed underneath the batteries to keep the date and time settings. A playback cradle was also available (V-70PB). The camera could be placed inside the cradle and the cradle could be connected to a TV set. Images could be played and erased this way. As common for this kind of camera it was labeled KYOCERA on the front of the camera. The camera saw moderate success in Japan and was not sold anywhere else.